If your baby is in a breech position, I ideally start working with you at week 34 but I have had a lot of success turning babies at 36-37 weeks, using acupuncture, moxibustion and exercises for optimal fetal positioning. I do not treat or manipulate your baby. However, the protocols I utilize are shown in numerous studies to increase the likelihood of breech resolution. Typically, about 52% of breech presentations will resolve on their own. With the addition of acupuncture, moxibustion, and Spinning Babies techniques, this percentage increases to 80%.

How does using acupuncture and moxibustion encourage a breech baby to turn head down?

The acupuncture points chosen focus on the baby’s Qi (Yang) because Qi governs the baby’s movements. The baby has the three Yang energy levels that flow through the Yang meridians. Tai Yang for cephalic orientation (head position), Shao Yang for the descent, and Yang Ming for the effort. Using moxabustion to heat the yang meridians further stimulates Tai Yang energy to encourage the baby to turn head down.

Moxa is made from mugwort leaves (Artemisia vulgaris), dried and ground between two large stones to give it its fine, wooly texture. Moxa can then be made into several different forms, including stick-on, pole moxa, and compressed smokeless stick moxa.

Mugwort gets its botanical name from the Greek moon goddess Artemis, a patron of women, and is a beautiful herb for gynecological conditions and is famously known for its ability to encourage breech babies to turn head down.

Any type of heat applied to the body can increase the flow of qi and blood. Heat lamps, heating pads, or warming liniments can have a similar effect to moxibustion. But the heat, combined with the powerful healing properties of mugwort, gives moxibustion a proven advantage. 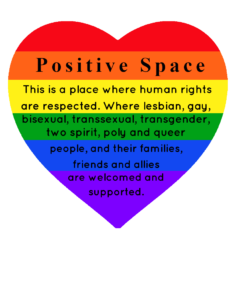